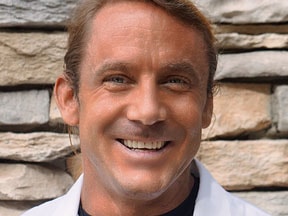 Doug Lynch was raised in Nebraska. He attended University of Nebraska-Lincoln, majoring in Botany and focusing on Plant Physiology. He later returned to UNL to complete pre-med courses and then moved to Chicago, IL briefly to complete a practitioner course as an Orthotist at Feinberg School of Medicine in downtown Chicago. He worked as a practitioner in the field of Orthotics and Prosthetics here in Las Vegas, and specialized primarily in treating spinal patients and lower extremity issues of polio patients. He attended Touro University-Nevada, where and completed the PA program. He was class president of the 2012 PA class. He's lived in Las Vegas and worked as a PA in the field of spinal orthopedics and general orthopedics since graduating.